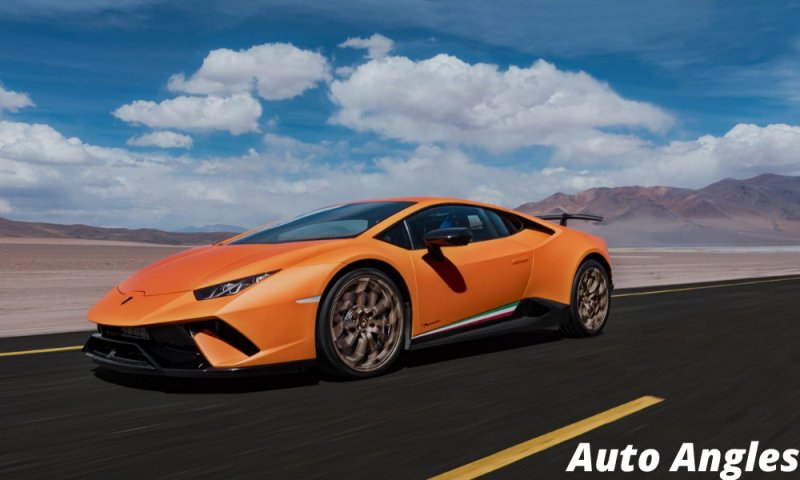 Beautiful Orange with a look at some of the hottest, fastest new orange sports cars. While red is the color most people think of when they think sports car, orange seems to pack an extra punch. We love seeing sleek shiny orange shapes against the blacktop and the landscape. From the latest Lamborghini Huracán Performance to a few favorites from years past, like the Bugatti Veyron Grand Sport Vitesse and the Spyker C8 Aileron that still give us a thrill, these fast orange rides have us giddy.

The Lamborghini Huracán Performante has been totally re-engineered, reducing its weight with patented Forged Composites, boosting engine power, improving its chassis, and installing an innovative system of active aerodynamics. The result is a new level of performance: the Nürburgring-approved lap time makes it the fastest Lamborghini ever.

The Ferrari 458 Speciale was designed to be the most sports focused and pure version of any Ferrari yet built for road use. It features a naturally aspirated 4.5-litre V8 engine that delivers 605 CV at 9,000 rpm. The car can accelerate from 0 to 100 km/h in just 3 seconds flat.

The Lexus LFA is a two-seat supercar from Lexus. It is the second model in the F marque line of performance vehicles orange sports car, following the IS F. Three concept versions were unveiled, each featuring V10 engines and rear-wheel drive. The production version was unveiled at the Tokyo Motor Show in October 2009. A total of 500 cars were built during the two-year production period, with each selling for US$375,000.

The Jaguar F-Type is a two-seat sports car, based on a shortened platform of the XK, manufactured by British car manufacturer Jaguar Land Rover under their Jaguar Cars marque. It serves as the spiritual successor to the famous E-Type while also being the potential replacement for the XK grand tourer. It was launched in 2013.